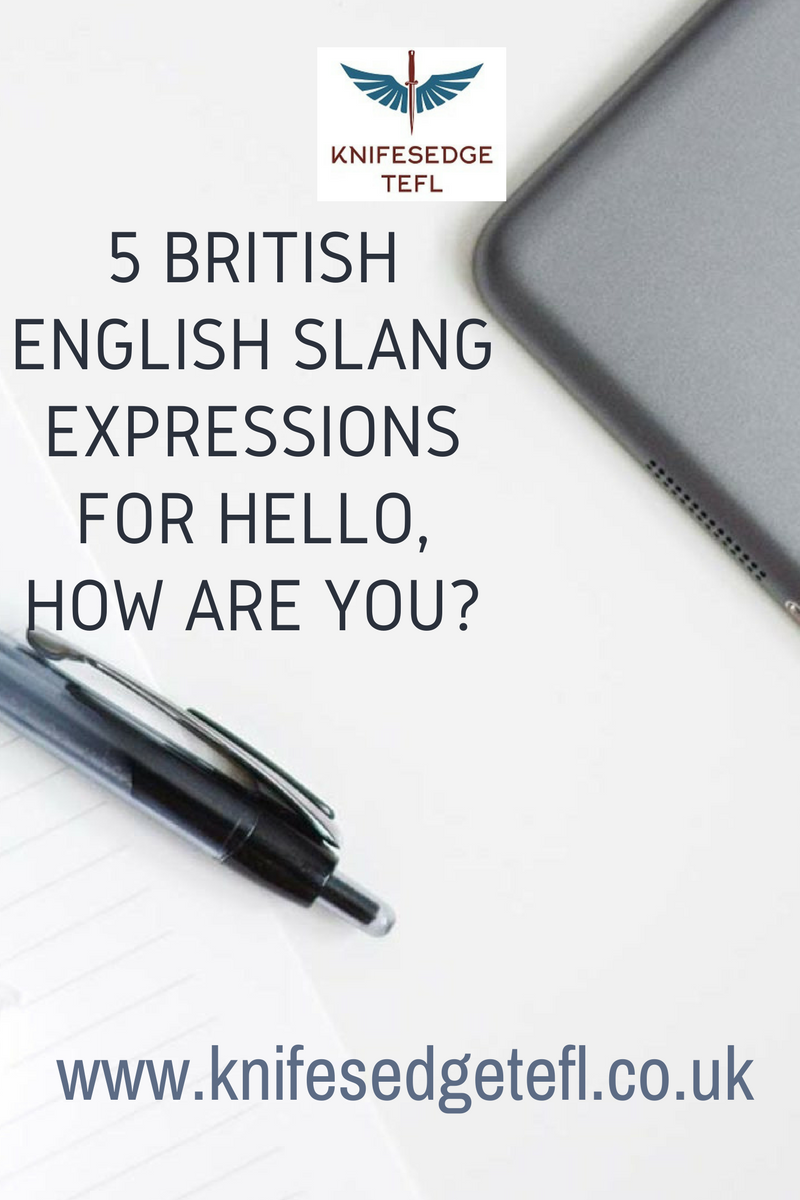 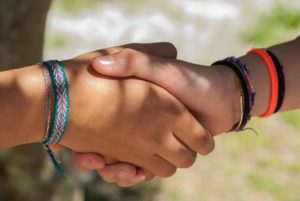 As with all languages, there are a number of ways to greet people in English, especially in the UK. While you might have learned the formal greetings like good morning, good afternoon and good evening, the following are slang terms you might use with someone you are familiar with.

Hi/Hey – As in the US, this is probably the most common informal greeting and is used regularly.

Alright? – this is a degradation of “Are you alright?” , a question about the person’s health or mood, though it doesn’t need an answer.

How’s it going?/How you doing? – another enquiry about the person’s state of being, not requiring a direct answer or at least nothing more . This can also be combined with other greetings or on its own.

How’s it hanging? – usually used between two men as this question is literally asking about the state of the other man’s genitals! Definitely, doesn’t need a serious answer!

Ey up : This is a very localised dialect from where I was raised in the East Midlands area though has become more popularised by the media, often followed by the familiar term “me duck” or “my duck”

If you found his useful, please share with other learners.

If you’re interested in taking one to one lessons over Skype, get in touch via the website, www.knifesedgetefl.co.uk