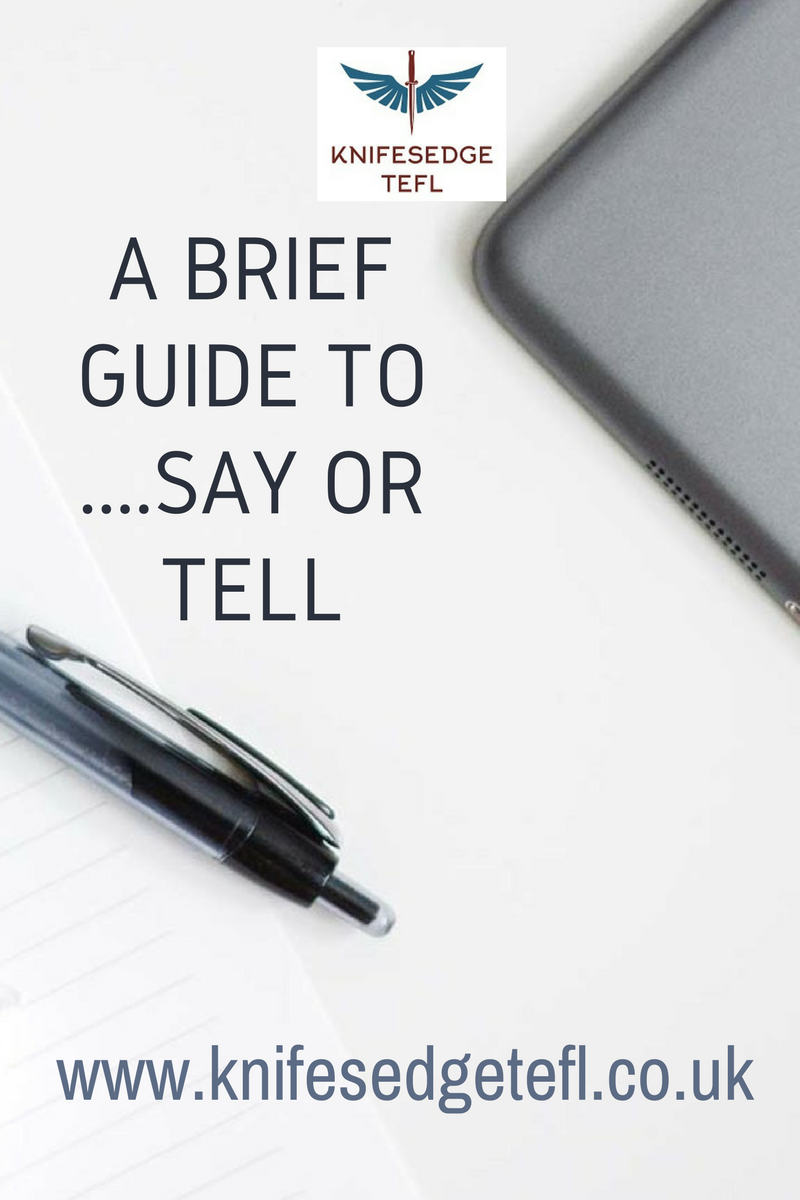 One common problem among many of my students is the use of Say or Tell in a sentence.

They have similar meaning, both mean “to verbally communicate with someone”

The key difference is that we tell someone something but we simply say something.

We don’t say Tell to her or Say her.

With tell we usually follow it with a personal object, but we use say without one.

With say we sometimes use “to someone”

One important rule to remember is with reported questions. You cannot use say or tell in this instance but instead, use ask.