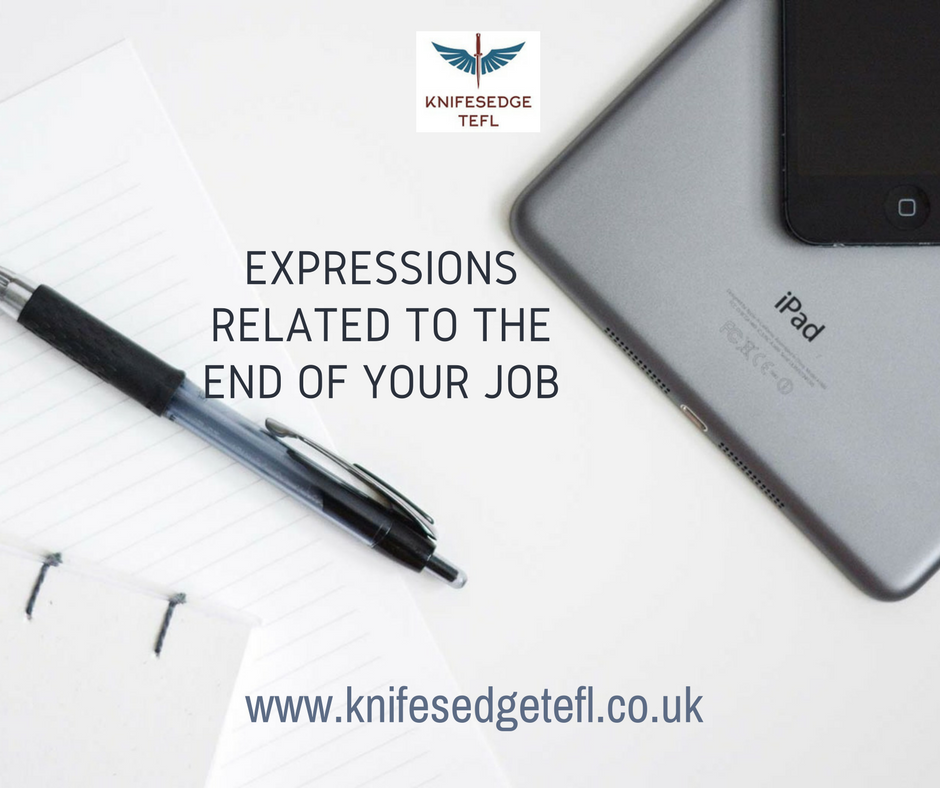 Whether we choose to leave a job or the decision is made for us, there are a number of English expressions we use to describe what happened.

The Sack – This slang expression is used when you are removed from a job, usually because you did something against the rules or the boss just wasn’t happy with your work. You can be sacked, get sacked or Get the Sack.

“John was sacked for stealing from the store.”
“Derek got the sack for arguing with his boss.”
“Tabitha got sacked for being late too many times.”

Fired! – Used in the same way as sacked. You can be fired or get fired. When a contestant is removed from the TV show, The Apprentice the host famously says, “You’re fired!”

“Alex was fired for being rude to customers.”
“Jade got fired for taking too much time off work.”

Redundancy – This is used when an employer ends your contract either because your job is not needed anymore or the company needs to save money by reducing the number of staff. When this happens, you will be paid a Redundancy Package, a set amount of money, though usually you need to work at a company for a certain amount of time to get this. It depends on the employment laws in your country. You can be made redundant, take redundancy, be offered redundancy. The expression laid-off means the same thing.

“James was paid a nice redundancy package as he had worked for the company for 20 years.”
“Julia was made redundant as her firm was downsizing.”
“Erica was laid off as the company didn’t need her role any more.”

To leave – We use the verb leave when you choose to stop working.

“Brian left his job at Amazon to go back to University.”
“Melissa wanted to leave her job to find better paid work.”

“Alice took Maternity leave for one year to give birth to her son.”
“Gerald took sick leave for a couple of weeks with the flu.”

Other expressions related to losing your job…