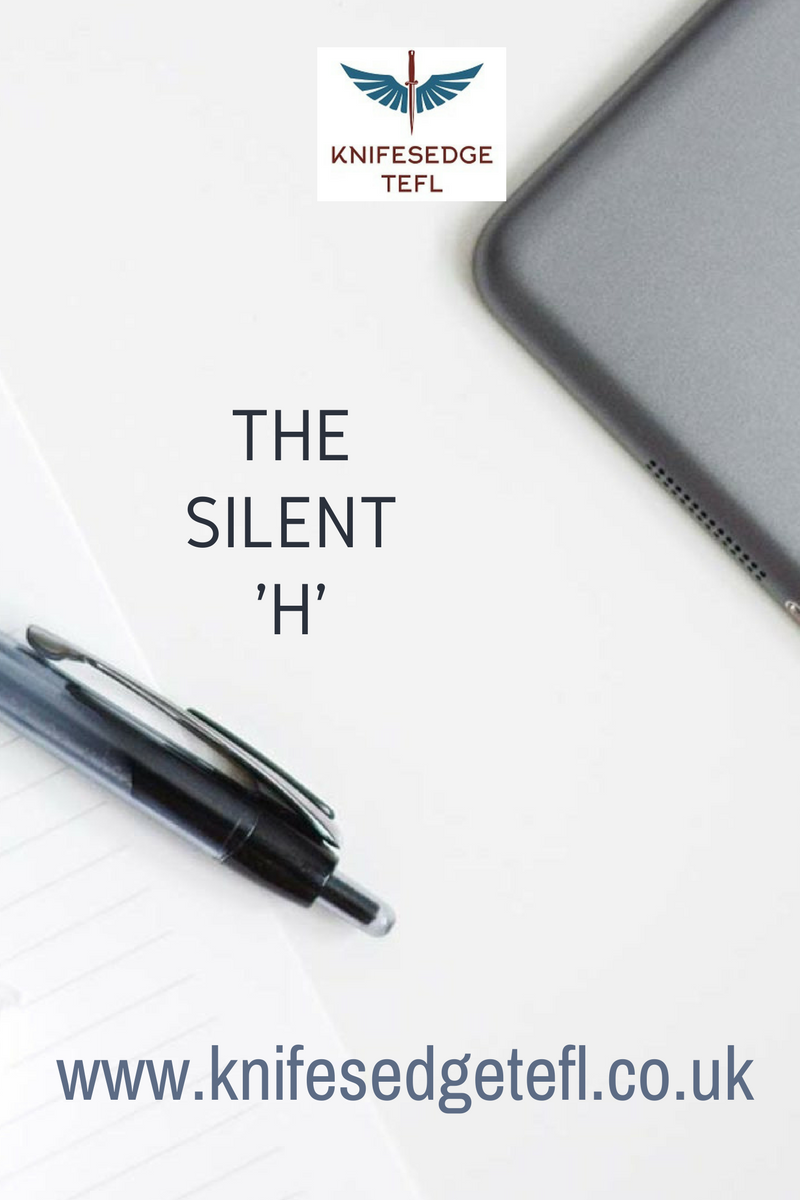 Some of my students have trouble with words that have a silent letter ‘H’. While words like ghost and ghoul tend not to give problems when the letter appears at the beginning (or the beginning of a syllable) students might pronounce the ‘H’ as they do with other words. It should be noted that as the words beginning with ‘H’ sound like a vowel, the article ‘an’ should be used with them. This is a particular problem with native French speakers learning English.

Honour (US – Honor) – Whether you are talking about the virtue or the title of the town judge, honour is pronounced ‘onour’

“He was an honourable man”

Honest – If you tell the truth (and I hope you do!) then you are honest. An honourable person is often honest. This is pronounced ‘onest’

“Are you being honest with me?”

Heir – If you are set to inherit a huge estate, you are an heir. This word is pronounced the same as the word ‘air’.

“Prince Charles is the heir to the throne.”

Vehicle – This one is commonly mispronounced but the ‘H’ is silent. ‘Vee-icul’

“There were lots of vehicles on the motorway this morning.”

Let me know in the comments if you can think of any more.

1 thought on “The Silent H”